Going Bump in the Night 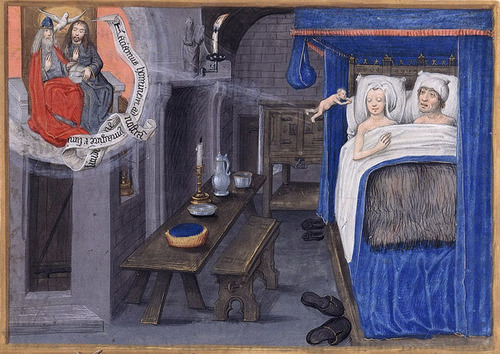 In the modern world it is generally accepted that the human body functions best on at least eight hours of uninterrupted sleep per night. But there is ample evidence in literature, personal papers, court documents, and elsewhere that our ancestors maintained a very different sleeping pattern. Researchers now believe that our current sleep patterns are an unnatural result of the wide-spread accessibility of artificial light. Before the Industrial Revolution in the late eighteenth century, a person’s daily activities were largely regulated by the hours of available sunlight. The only opportunity to extend those activities was through the employment of fire, the fuel for which was often scarce or prohibitively expensive. Pre-industrial man coped with this situation through a natural sleep pattern known as segmented sleep.

Segmented sleep is defined simply as two or more periods of sleep punctuated by periods of wakefulness. Groundbreaking research by a Virginia Tech history professor named A. Roger Ekirch during the 1980s and 90s has shed new light on the after-hours activities of our ancestors and has all but confirmed their adherence to such a segmented sleep pattern. In his book At Day’s Close: Night in Times Past, Ekirch has identified numerous references in Medieval and Renaissance sources that describe a “first” and “second” sleep. For example, Chaucer, in his Canterbury Tales, describes one of his characters from The Squire’s Tale as having “…slept her first sleep, and awoke[n]…” Ekirch also refers to a fifteenth century medical text that advised its readers to spend their first sleep lying upon the right side and afterwards the left. A Medieval English cleric suggested that the waking period between first and second sleep is the best time for serious contemplation and study, while a sixteenth century French physician theorized that birth rates for rural laborers were higher because they waited until after first sleep when the body was refreshed before engaging in intercourse. 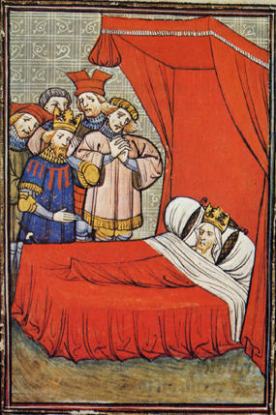 What is most illuminating about these references is that they all assume segmented sleep as a universal practice. In other words, there was no need to explain the meaning of first and second sleep because everyone knew what it meant. So it would seem that this unhurried, relaxed period between first and second sleep was an expected and productive part of our ancestors’ daily lives. It was a time for focused prayer, contemplation, study, recreation, and even work that has been completely lost to modern society.

Recent studies have confirmed that when humans are deprived of artificial light they tend to revert to a segmented sleep pattern. Rather than a single episode of eight hours of uninterrupted sleep over a nine-hour period of repose, the subjects have tended to settle into two four-hour periods of sleep over a ten to twelve-hour period, punctuated by a one or two-hour period of wakefulness between. In general, the subjects reported taking longer to fall asleep initially but felt more rested upon waking.

Another unexpected side effect was that participants could remember their dreams more clearly following each episode of sleep. This may explain why pre-industrial people seemed to place much more emphasis on their dreams than we do today. Not only could they remember them, but they had the necessary leisure time for contemplation and reflection. One can only imagine that this would tend to give them a heightened sense of self-awareness compared with what modern man is likely to achieve without employing certain compensatory measures. I should note that this last theory is entirely my own and was not mentioned in any of the studies that I have read. However, I can attest to the efficacy of a daily period of uninterrupted contemplation and prayer to the overall well-being of the individual and can see the advantages of having such a period of time “hard-wired”, so to speak, into one’s daily schedule.

Understanding this segmented sleeping pattern can also help one to make sense of the rigorous monastic rules followed by medieval monks and nuns. I have always marveled at the demanding schedule they maintained in observing the canonical hours throughout the night. From our vantage point in the twenty-first century, being roused out of bed in the middle of the night to pray, read, and sing seems exhausting. But if such a schedule accorded well with one’s natural sleeping patterns, then it probably wasn’t as bad as it seems. 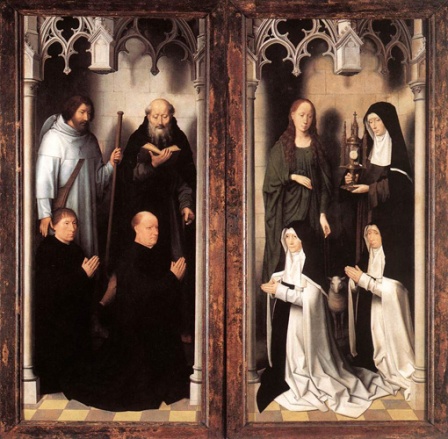 If you write historical fiction and your interests, like mine, precede the Industrial Revolution, you may want to incorporate this new knowledge into your stories. I can think of any number of interesting plot twists that can be achieved by an overheard conversation, an illicit encounter, or a moment of intellectual clarity under the cover of darkness. After all, everyone loves a story with a mysterious bump in the night.

If you want to learn more about segmented sleep patterns, I have included some links below to articles in both the NY Times and the Wall Street Journal, as well as a link to the Amazon page for Ekirch’s book At Day’s Close: Night in Times Past.

I am traveling to Romania after Christmas and won’t return until the second week in January. I will be unable to post while I am away so I will take this opportunity to wish you all a very merry Christmas and a happy new year. Until then, sleep tight.

At Day’s Close: Night in Times Past, by A. Roger Ekirch

12 thoughts on “Going Bump in the Night”