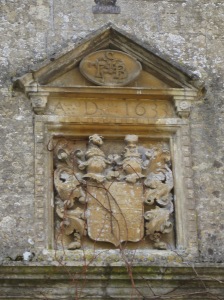 “It is not the critic who counts; not the man who points out how the strong man stumbles, or where the doer of deeds could have done them better. The credit belongs to the man who is actually in the arena, whose face is marred by dust and sweat and blood; who strives valiantly; who errs, who comes short again and again, because there is no effort without error and shortcoming; but who does actually strive to do the deeds; who knows great enthusiasms, the great devotions; who spends himself in a worthy cause; who at the best knows in the end the triumph of high achievement, and who at the worst, if he fails, at least fails while daring greatly, so that his place shall never be with those cold and timid souls who neither know victory nor defeat.” -Theodore Roosevelt

“We act on those things we believe. The rest is just talk.” –Unknown

“What we do in life echoes in eternity.”   –Maximus (In Gladiator)

“Let the one among you who is without sin be the first to cast a stone.”  -Jesus Christ

“For what shall it profit a man, if he gain the whole world, and suffer the loss of his soul?”  -Jesus Christ

“Dear Madam – I have been shown in the files of the War Department a statement of the Adjutant General of Massachusetts that you are the mother of five sons who have died gloriously on the field of battle. I feel how weak and fruitless must be any word of mine which should attempt to beguile you from the grief of a loss so overwhelming. But I cannot refrain from tendering you the consolation that may be found in the thanks of the Republic they died to save. I pray that our Heavenly Father may assuage the anguish of your bereavement, and leave you only the cherished memory of the loved and lost, and the solemn pride that must be yours to have laid so costly a sacrifice upon the altar of freedom. Yours, very sincerely and respectfully,”    –A. Lincoln (To Mrs. Bixby)

“No man is an island,
Entire of itself,
Every man is a piece of the continent,
A part of the main.
If a clod be washed away by the sea,
Europe is the less.
As well as if a promontory were.
As well as if a manor of thy friend’s
Or of thine own were:
Any man’s death diminishes me,
Because I am involved in mankind,
And therefore never send to know for whom the bell tolls;
It tolls for thee.”    –John Donne

“Success consists of going from failure to failure without loss of enthusiasm.” –Winston Churchill

“Some people regard private enterprise as a predatory tiger to be shot. Others look on it as a cow they can milk. Not enough people see it as a healthy horse, pulling a sturdy wagon.”  –Winston Churchill

“Never hold discussions with the monkey when the organ grinder is in the room.”  –Winston Churchill

“Better to remain silent and be thought a fool than to speak out and remove all doubt.”  –Abraham Lincoln

“He has a right to criticize, who has a heart to help.”  –Abraham Lincoln

“Let us with caution indulge the supposition that morality can be maintained without religion. Reason and experience both forbid us to expect that national morality can prevail in exclusion of religious principle.”  –George Washington

“A wise and frugal Government, which shall restrain men from injuring one another, which shall leave them otherwise free to regulate their own pursuits of industry and improvement, and shall not take from the mouth of labor the bread it has earned. This is the sum of good government, and this is necessary to close the circle of our felicities.”  -Thomas Jefferson

“I never considered a difference of opinion in politics, in religion, in philosophy, as cause for withdrawing from a friend.”  -Thomas Jefferson

“Experience hath shewn, that even under the best forms of government those entrusted with power have, in time, and by slow operations, perverted it into tyranny.”  -Thomas Jefferson

“Determine never to be idle. No person will have occasion to complain of the want of time who never loses any. It is wonderful how much may be done if we are always doing.”  -Thomas Jefferson

“A man wrapped up in himself makes a very small bundle.”  –Benjamin Franklin

“Speak ill of no man, but speak all the good you know of everybody.”  –Benjamin Franklin

“If sinners be damned, at least let them leap to hell over our dead bodies. And if they perish, let them perish with our arms wrapped about their knees, imploring them to stay. If hell must be filled, let it be filled in the teeth of our exertions, and let not one go unwarned and unprayed for.” – Charles Spurgeon